Claudio Capotondi, born in the old Etruscan city of Tarquinia in Italy in 1937, has lived and worked in Rome and New York. He now resides in the city of Pietrasanta, near the marble quarries of Carrara, where he creates and personally carves his sculptures. To this date he has produced 19 public art works in Italy, United States, Japan, Lybia, and has held personal exhibitions in Rome, Florence, Turin, Carrara, Bari, New York, Paris, Finland, and group exhibitions in many cities of the world. In the year 2000 he received the coveted Michelangelo Award from the city of Carrara. His sculptures can be found in several public and private collections. 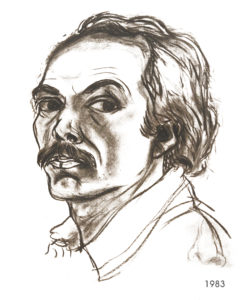